One feature of Taiwan’s trails that is pretty unique is the preponderance of temples that you can see along the way. Big ones, small ones, grand and humble, Taoist, Buddhist, Confucian, temples of all persuasions can be found along the trails here. In fact, it might be harder to find a trail that doesn’t feature a temple of some kind. With that in mind, I’ve only included walks that have a temple that’s particularly noteworthy in one way or another – perhaps it is the starting point of the walk, maybe it has some particular story to it, or perhaps I just think it looks pretty. 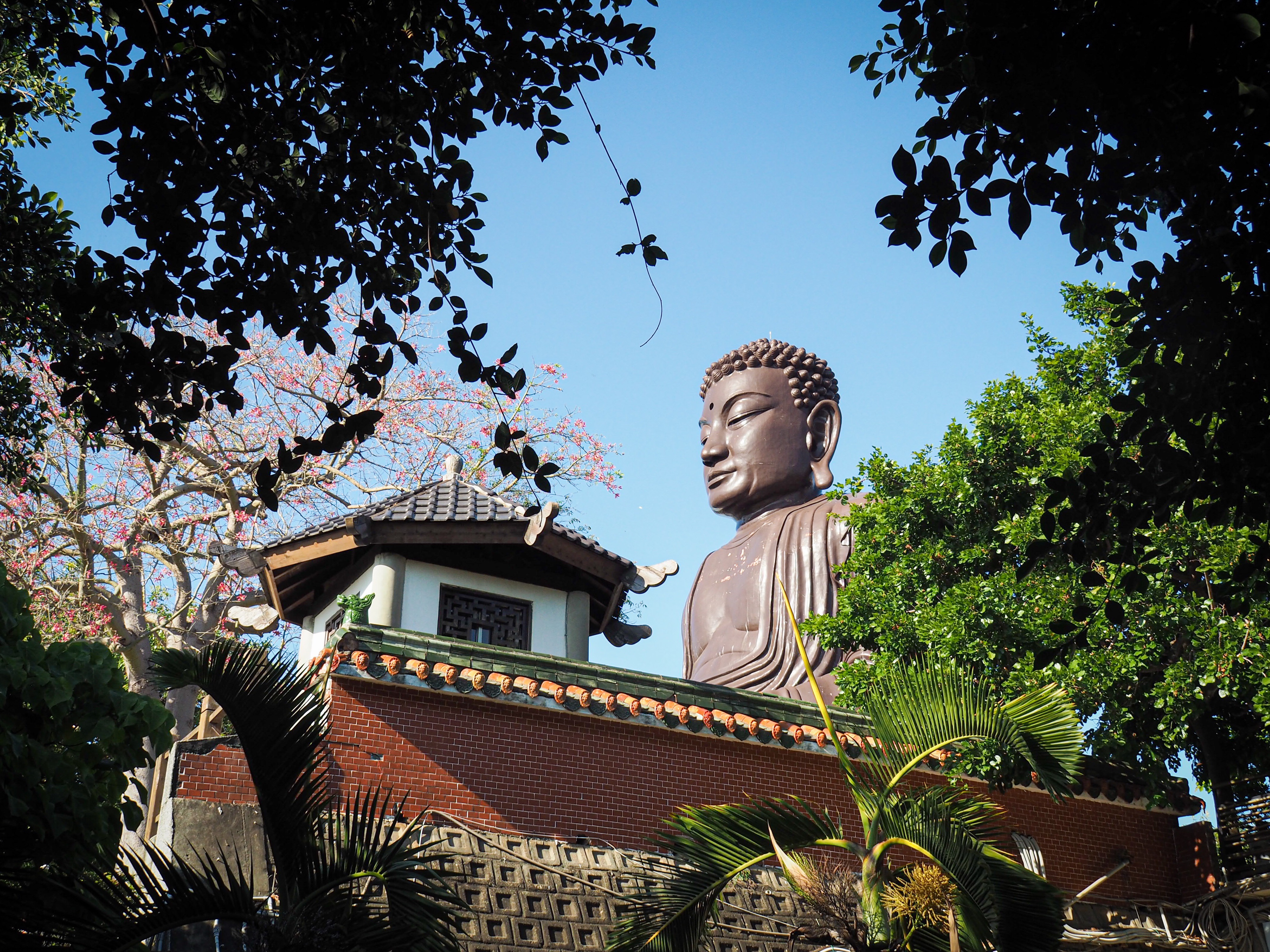 Bagua Shan’s giant Buddha is one of the most instantly recognisable features of Changhua, the smallest county in the Taiwanese mainland, but it’s just one of many interesting sights to be seen on a stroll around this diminutive hill.

The hills around Jinmian Shan are crisscrossed with hiking trails of varying degrees of popularity and difficulty. This post details one of the quieter walks that you can do in the area. 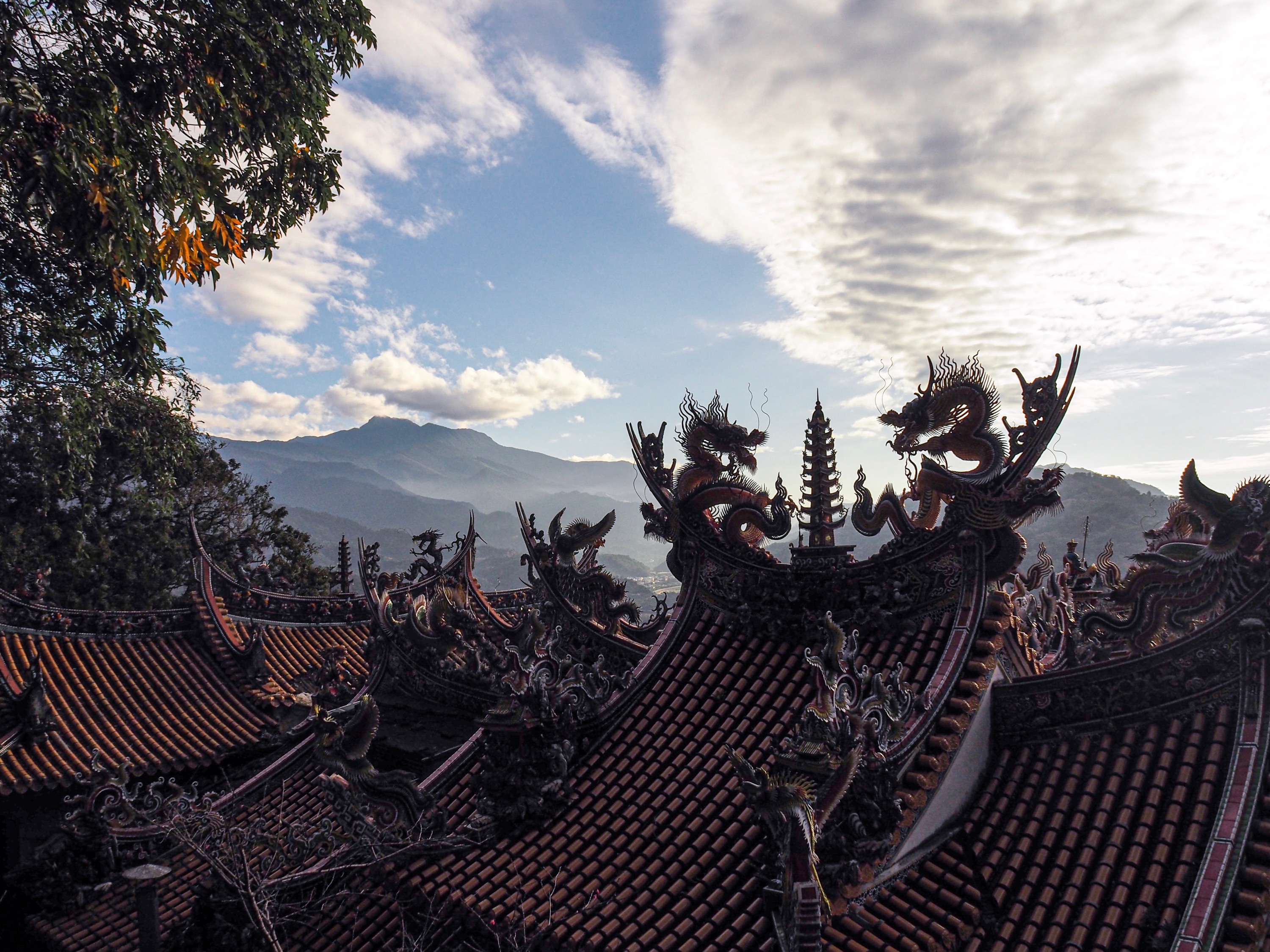 Lion’s Head Mountain in Miaoli is just one of many peaks scattered across Taiwan to be named due to its resemblance to the King of the Jungle. What sets this particular lion apart from the others is its enduring role as a site of spiritual significance. Dotting the mountain’s slopes visitors will find a proliferation of temples, some of which have been open to worshippers for over a hundred years.

Alishan has been a popular destination with tourists for decades, the lure of the mountain air and beautiful forest scenery drawing in the crowds. These days visitors still flock to the park to enjoy the forest, the sunrise and the picturesque little red trains that ply the narrow-gauge tracks through the trees. This trail will take you on a short and easy wander around some of the sights.

Taking the old mining town of Shifen as its starting point this section of the Tamsui-Kavalan Trails takes you up towards Mount Wufen before plunging down into shady valleys on its way to Nuannuan. There are some lovely scenes to enjoy along the way including a bright red trailside temple and a spectacular ravine.

This leg of the journey ties up the northern, middle and southern routes on their route into the centre of Yilan. Along the way you can stop to take in some grand coastal scenery, soak up the sun at the surfer beach in Wai’ao, visit Toucheng’s historic old street and dip your toes in Jiaoxi’s hot spring waters. Although it may not seem like the obvious place to go for a stroll, those who do walk this way will certainly find plenty to keep themselves interested.

Much of the original Tamsui-Kavalan Trails have been swallowed up by Taipei’s urban sprawl. In this section you follow the course of the city’s subterranean train tracks past some of the old factories that spurred on the development of the railway network, past grand historic temples, and on towards Keelung River.

In this quiet suburb of Taipei sits a hidden gem of a trail. Suitable for people of all ages and abilities, the trails of Zhishanyan have layer upon layer of history to reveal. On these slopes you can encounter a potted version of Taiwan’s past lives, the walk takes in prehistoric bones, the waves of mass immigration from China, a tragedy from the Japanese colonial era and Taiwan’s recent military past.

Whilst Taipei’s northern and eastern hills tend to get most of the attention, this trail to the southwest of the city has plenty to offer the traveller who strays from the well-trodden trails of Yangmingshan Park. Indeed, as the locals know, Yonghe District has well-trodden paths of its own to explore. This route takes in ancient banyans, views to both the north and the south, all manner of trail types and enough temples to satisfy the very keenest of temple aficionados.

During the first three months of the year, this trail in Beitou is popular with sakura seekers. But even if you miss out on the beautiful blossoming trees, this walk still has plenty to offer. The walk takes in irrigation canals, streams, plenty of small temples and the dramatic sight of Sulphur Valley.

The closing section of Taipei’s long distance path leads you up into the tea-growing hills of Muzha. There’s a waterfall, one of Taiwan’s top 100 religious sites, (Chihnan Temple), and the opportunity to take a rest stop in your pick of Maokong’s famous tea houses.

Bisecting the northern and southern portions of the hike, day five takes you along the hills which separate Shilin and Songshan Districts. Here you’ll pass a supposedly haunted temple, the best spot for overlooking Songshan airport, and remnants of Taipei’s military past.

For those wishing to experience all of Taiwan in a short time, you could do a lot worse than trying out this loop. As a microcosm of Taiwan it covers almost all the bases: grand temples, spectacular mountain scenery, aboriginal culture, bustling old streets and well crafted tourist experiences, (and of course sharing the road with motorists who view traffic rules as optional).

A northeast to southwest route over the Nangang mountain range. This walk takes in many temples and some wonderful views of the city.

You can combine a visit to this photogenic rock outcrop with a not-too-difficult walk to a rather pretty Japanese shrine and end up right next to Beitou’s famous sulphur valley.

A not-too-difficult loop walk where the downwards part of the loop can be done on the Maokong gondola. The highlight of this walk for me was the free tea I enjoyed at Zhangshan Temple. 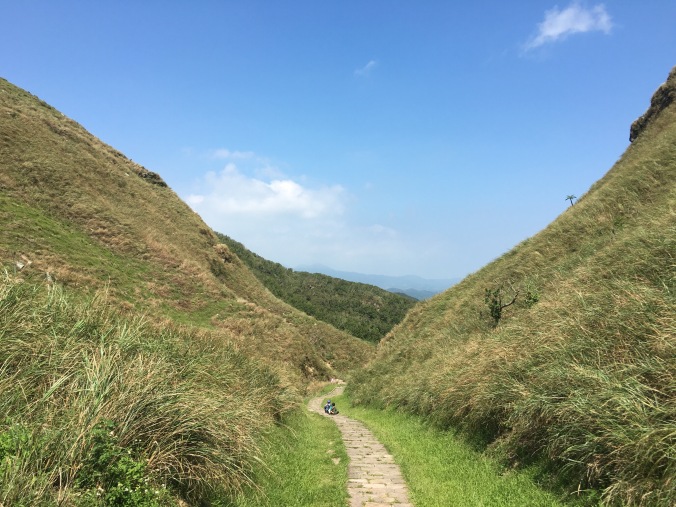 This historic and very accessible trail will take you over the hills from Dali to Fulong next to an inviting river stream. Better yet, you can look forward to a refreshing swim once you've reached your destination. 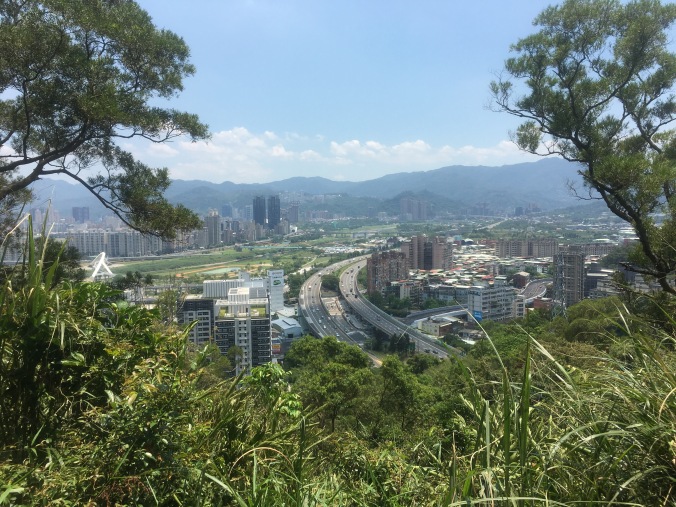 A ridge trail which skirts the southern edge of Taipei and takes in a couple of notable temples along the way.

A charming and easily accessible walk which takes in a temple behind a waterfall and panoramic views from Taipei’s Maokong gondola. With a couple of route options, this walk is suitable for confident beginners and anyone with more experience.

Escape the hoards of tourists taking selfies at that most famous of Taipei’s scenic views by exploring beyond elephant mountain. This easy route takes you higher to muzhi mountain and 95 peak, all the while offering great vantage points and lots of hidden shrines to discover.

Something went wrong. Please refresh the page and/or try again.